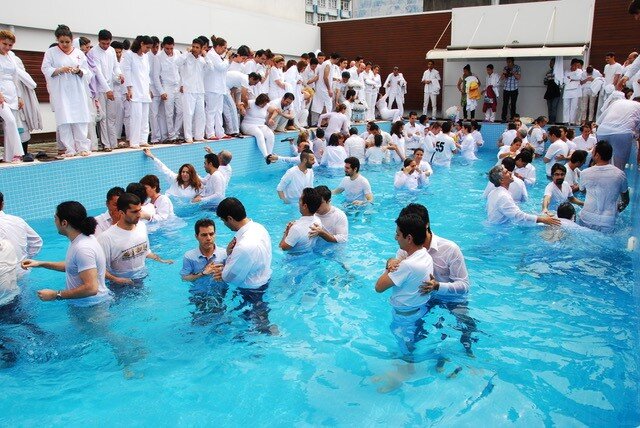 The vision of Elam Ministries is that the people of Iran would have the opportunity to know the Lord Jesus Christ and follow Him as a disciple.  As this takes place, Iranians will be instrumental in taking the Gospel to other Muslims throughout the region.

In 1979, there were less than 500 known Iranian Christians from a Muslim background.  Today conservative estimates place the number of believers at over 360,000.  This fruitfulness is a result of increasing disillusionment with Islam, coupled with the bold witness – often through persecution – of individual Christians throughout the nation.  Elam has committed itself to come alongside these believers by providing training and resources so that they are equipped to reach and disciple fellow Iranians.  Elam’s ministry efforts focus on sending the Gospel into Iran through evangelism, church planting and media, training leaders for fruitful ministry, and equipping the Church with Bibles and resources.  God is on the move in Iran and this nation is strategically placed to impact Muslim nations across the Islamic world.

Elam actively supports believers inside the nation of Iran with Bibles and discipleship materials.  A significant portion of its ministry, however, takes place outside the country where leaders are trained and media resources are developed to equip and encourage believers.

How can I get involved?

Visit Elam’s website at https://www.elam.com/ to learn more through the “Insight” portion of their webpage and request a copy of Iran and Beyond magazine.

Elam provides Iran 30, a 30-day prayer guide that will help inform and direct your prayers for the people of Iran.

Share with others about the plight of believers in Iran who face imprisonment and persecution for following Jesus Christ.